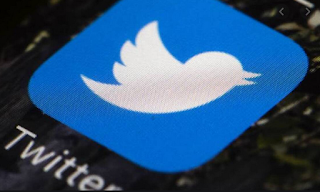 Logging on to Twitter is like a Faustian bargain with time. You hope you can 'timebox' your Twitter time, but nine out of ten times this micro blogging site gnaws into your daily schedule. The tasks listed in the to-do list either are scratched off for another day or done well behind the schedule and in a hurried manner.

However, these days scrolling Twitter posts is heart-wrenching. Newspapers and other publications provide an occasional quote and statistics related to the havoc caused by the second wave of Covid-19. But Twitter on the other hand provides the human side of the tragedy that is unfolding in our homes, neighbourhoods, hospitals, crematoria and burial grounds, and often narrated in first person. Those tiny 280-character long posts, sometimes with a photo or video, provide us a glimpse of the scale of tragedy that has befallen our country.

Though the second wave is barely few weeks old, it has dwarfed the first one with a manifold rise in the number of daily new cases and fatalities. It made its presence felt around Feb 15 and took off after March 10. The second wave pandemic graph now loosely resembles a pencil-sketch outline of Dubai's Burj Khalifa tower.

During the peak of the first wave last September, the number of new daily cases were less than one lakh and fatalities rarely crossed 1000. But this time the daily new cases are topping three lakhs and deaths exceed 2,000.

This is also getting reflected on Twitter, with almost every second member either infected or has some close relative battling the virus. The health infrastructure of almost every city is creaking under the heavy influx of patients with the deadly British variant and the triple mutant viruses wreaking havoc across the country.

The Twitter posts can be broadly divided into two categories. Firstly, conscientious members admitting that they have tested positive for the virus and requesting all those who came in contact with them to get tested. Or their spouses and relatives have tested positive and they have gone into self-isolation. They range from random guys to influencers, journalists, stand-up comedians and others with thousands of followers.

The second category makes a much more disturbing reading. Members making fervent pleas for hospital beds, oxygen cylinders, drugs like remedesivir or tocilizumab and plasma for themselves or for their next of kin. In some cases, it is from families where all members have been infected and can't step out or for families that have already lost one member and another one is in serious condition. The requests are from everywhere - from cities such as Delhi and Mumbai to smaller towns like Faridabad, Patna, Bhopal or Kanpur.

These messages follow a similar template: It provides details regarding patient's name, age, oxygen level, contact number, hospital and often end with a 'please retweet and amplify' plea. The sheer volume of such posts points to the extent to which our health infrastructure has been overwhelmed.

A few posts do appear of members profusely thanking Good Samaritans and NGOs for timely help in getting a hospital admission or oxygen cylinders. Some volunteers also post 'This is sorted. Hence deleting the tweet' after successfully providing relief to the Covid-19 infected.

But for every such tweet there were numerous others which did not have such happy endings. In some cases, the members tweet that they no longer need any leads on beds or cylinders as their kin passed away. So, it is not exactly the virus, but failure to get oxygen or timely medical help that proved fatal.

The virus has decimated many families, with some losing their aged parents in a matter of few days, or even worse minors becoming orphans. While for others ‘normalcy’ may return after the current Covid-19 wave ebbs in a few months, but for these families the scars will remain for long.

The mounting death toll, officially above 200,000 after the pandemic started last year, is making crematoriums and grave yards work overtime and it is extracting a heavy toll on the grave diggers and crematorium workers. They are also exposed to a greater risk of contracting the virus. There is also a shortage of firewood in many places and some graveyards don’t have any space left to bury the bodies.

For the bereaved families, the duration between death and last rites is getting longer as body bags line up at cremation and burial grounds.

A positive fallout of the unfolding tragedy has been the rise of volunteerism and altruism on Twitter. Common folks are trying to help out each other. And it is no longer confined to supplying oxygen cylinders or medicines. Some are offering meals to Covid patients who are single and not in a position to cook. Others are offering free online consultations and counselling to Covid-affected families. There were also Tweets offering boarding facilities for pets of these families.

The downside is that several fraudsters are also around to make a quick buck from hapless patients. They promise oxygen cylinders, medicines at exorbitant rates and vanish once the advance payment is made. Quite often the drugs they supply is also spurious.

Though Bollywood and cricket stars are treated like Gods in this country, they were totally missing in action. They wield huge influence on Twitter with a large army of followers, but the silence of their handles has been deafening. Barring just one or two, nobody has spoken a word about the unfolding health crisis, probably the biggest since Independence.

In fact, some of the Bollywood stars were clicked by the paparazzi at the Mumbai airport leaving for safer environs of Dubai and Maldives to escape the pandemic. The cricket stars, until recently, were busy playing the Indian Premier League  and enjoying the best-in-class Covid-19 safety and treatment protocols. However, the wily virus has even breached those bio-bubbles and the tournament had to be put on hold. Even some of the retired stars, who still enjoy popularity, appear tone-deaf to the plight of their countrymen.

Lastly, one really wonders how the non-Twitter universe is coping with this calamity. Many reside in small towns and villages where the health infrastructure ranges from patchy to non-existent. For them it may be a much more uphill battle against the deadly pandemic, and their suffering rarely creates a blip in the Indian media's city-centric radars.

When he came into our lives he was a tiny little bunch of fur, small enough to fit in our palm. He was very delicate with his prominent ... 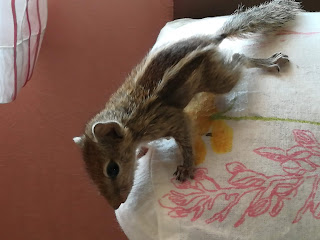 shajil kumar
Trying to make sense of the bewildering world out there.